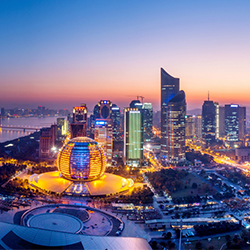 Following the G20 summit in Hangzhou, there is now an anti-corruption action plan. Recognising that tackling corruption is key to “growth, prosperity and stability” the Anti-Corruption Working Group (ACWG) identified corruption as a ‘global pandemic’ and the plan will take action on the following key areas.

Promoting global teamwork to prevent, investigate and prosecute corruption. This includes enforcing anti-corruption laws, denial of safe haven to perpetrators and support for the return of stolen assets in line with United Nations Conventions against Corruption (NCAC).

A promise to fully implement the Beneficial Ownership/Transparency Recommendations of the G20 and the Financial Action task Force (FATF). This includes encouraging identification of true beneficial ownership and using it to tackle corruption.

Working with business and civil society, the G20 will ‘explore means of promoting a culture of integrity and supporting private sector anti-corruption initiatives, including for small and medium-sized enterprises (SMEs) and in the non-financial professional services sector’.

‘Leading by example’, the G20 countries have pledged to criminalise the bribery of domestic and foreign public officials and enforce those laws. This entails working with the Organisation for Economic Co-operation and Development (OECD) group on Bribery to ‘explore the possible adherence of all G20 countries to the OECD Anti-Bribery Convention’.

Promoting greater transparency in the public sector, especially in public contracting. The G20 sees open data at the heart of its transparency.

Supporting international organisations ‘to increase their focus on fighting corruption, to improve coordination and to ensure they operate to the highest standards of integrity.’

Supporting capacity building and ‘the provision of effective and efficient technical assistance’ to those tackling corruption.

The commitments outlined cite that the G20 Open Data Principles, adopted last year, will be ‘built upon’ over the next two years. Clearly, open data is being recognised as a key component in public sector transparency.

This follows on from for the Anti-Corruption Summit in London earlier this year where 14 countries pledged to make public contracting “open by default”. In addition, the C5 open contracting ‘champions’, includes three G20 members: Mexico, France and the UK.

Are there missing pieces?

These are encouraging plans. Yet whether all members will cooperate in implementing the recommendations is still in question. The new Bribery commitment states, ‘We will… explore the possible adherence of all G20 countries to the OECD Anti-Bribery Convention.’ However, since the first anti-corruption plan in 2010, China, India, Indonesia, and Saudi Arabia are still to ratify the OECD convention.

Transparency works best when everyone’s on board so it’s hoped that pressure from fellow G20 members and the public will push those outside the new standards to sign up.

Looking at the processes as well as the environment?

Additionally, as well as setting the correct strategic framework, fighting corruption also depends on having the correct tools with which to execute transactions. Ensuring fair and open transactions and opportunities requires a focus on the detail as well as the big picture. It feels like the pace of progress is such that it will be a long time before the ACWG is able to turn its focus to recommendations around processes and transactions.

The ACWG will meet again in October and draw up a detailed Implementation Plan. If you want to talk about how Nextenders software builds anti-corruption processes into its technology, contact us to arrange a demo.

10 ways data-centricity takes eProcurement to the next level

Is eTendering right for SMEs?