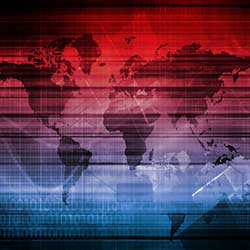 The World Bank Group’s study into global procurement transparency has revealed the extent of public buying inconsistencies around the world.

The report – Benchmarking Public Procurement 2016 – concludes that shortcomings in both regulations and their implementation and a lack of suitable electronic platforms for managing procurement are impacting on market size, prices paid and public perception as a lack of fairness taints contract awards. The study targeted 77 economies, reviewing the level of public procurement transparency around the world. The results showed that even in countries with higher GDP per capita, there are clearly still improvements to be made.

The most obvious shortcomings in governments’ procurement transparency were seen in the lack of regulations in place. Somewhat unbelievably, fewer than 10 of the economies surveyed had imposed a legal obligation for the procuring entity to advertise the requirement publicly.

In certain instances it was found that, following a contract award decision, buyers were not required to share the results of the exercise. In others, no advised timeline was given for the response to complaints.

Where procurement laws were in existence, the survey found that often they were poorly implemented or only casually upheld. One example related to payment terms: in 32 of the studied economies, 30 day payment terms were in place – but in only 14 of these instances were payments being made within this window. Another showed evidence of response times to complaints far exceeding advised timescales – sometimes resulting in decisions taking years.

In some cases, certain recognised practices and legal requirements clearly put SMEs at a disadvantage. In nearly half of the surveyed economies, it is recognised as standard practice to hire a legal counsel when making a complaint against a procuring authority. In four cases, this procedure is the law.

To mitigate against the cost of a successful bidder withdrawing, ‘bid security’ deposits, related to contract value, are agreed in some situations. However, in 23 cases, the survey found the legal maximum bid security figure to be above 5%. In some cases, a security comparable to the full contract value was required. Smaller providers simply cannot afford to take the risk of submitting a bid in case they find themselves unable to deliver.

eProcurement on the rise

The study found a strong trend towards utilising electronic solutions for managing public procurement. 73 of the governments had a dedicated procurement website. However the functionality, capability – and accessibility – of these was found to vary wildly.

In certain instances, sophisticated platforms capable of managing the entire procurement process were found. In others, the website simply provides tender information, and doesn’t allow for any form of interactivity.

The benefits of eProcurement are clear. Enabling accessibility across a market promotes fairness, increases competition and subsequently reduces prices. Transactions conducted via electronic portals were found to be simpler and cheaper. The report highlights how eProcurement promotes transparency and reduces the potential for favouritism or undeclared payments.

With the exception of a few countries – such as Chile and the Republic of Korea, where electronic submission of bids is mandatory – implementation is still in its formative stages. A common discovery was that either tender documents weren’t available via the portal or the link led to a blank page.

Certain economies limit the access to procurement platforms, or reserve the portals for particular contract types or, worse still, only authorised contractors.

It is clear that for complete transparency, electronic systems need to be created and fully implemented to enable an open market, reduced costs, increase competition and public faith of corruption-free contracts.

For more information about eProcurement and how it can deliver more efficient and transparent procurement, download our guide 10 Things SMEs Need to Know About eTendering.

10 ways data-centricity takes eProcurement to the next level

Is eTendering right for SMEs?